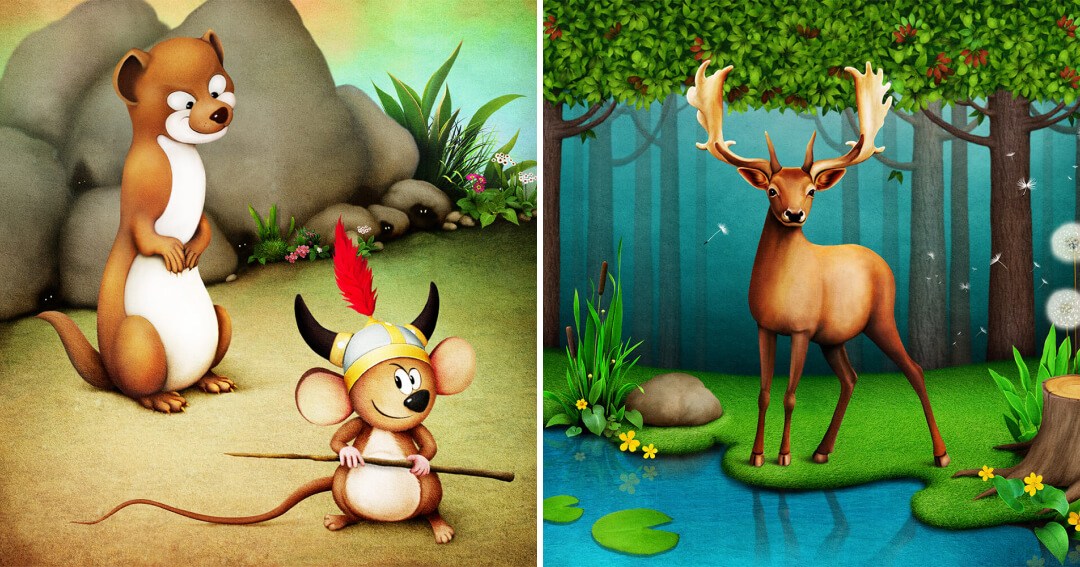 You have surely heard about Aesop's fables and probably read some of them: either when you were a child, or later as an adult. And you’ve certainly learnt something through the timeless lessons from them. Although the world is changing and Aesop's fables have been around for thousands of years, their timelessness is captivating and the lessons to be learned from them are even more relevant today than ever before.

Actually, see for yourself. We have selected for you 10 of Aesop's fables, from which truly timeless pieces of advice follow.

The peacock and the crane

They say that a peacock is the most arrogant animal and this is how it was in the fable as well. The peacock was obsessed with his beauty. He was so high-headed he didn’t even make friends with the other animals. So the crane decided to teach him a lesson, and one day he reminded him that he may not have as much beauty as a peacock, but unlike him he could fly.

The lesson from this fable teaches that we should not look down on anyone, because each of us is unique and each of us has something that they can be proud of. Unfortunately, many people don’t realise that.

Read the whole story of The peacock and the crane in Readmio.

Of Eagles and Bugs

‍In this fable, Aesop tells the story of an eagle and a beetle who have had an argument. The beetle does not like that the cruel eagle has caught the hare, so he rolls all the eggs out of the eagle's nest. The scared eagle hides the rest of her eggs in the womb of Jupiter, but the beetle again deceives him and cracks more of the eagle’s eggs.

We can certainly learn from this fable nowadays. It teaches us and reminds us that courage and determination define the true winner, not their strength.

Read the whole story of Of Eagles and Bugs in Readmio.

The town mouse and the country mouse

‍One of the main features of our current times is that we are constantly looking for wealth, but that we do not realise that our greatest wealth is not measured by material things. A country mouse, who comes to visit a town mouse, also realises this. Although she lacks nothing in her normal circumstances, she lives in constant fear over the course of her holiday..

This fable points to an age-old quality of us humans, namely that we are constantly dissatisfied and desire to have something more. At the same time, we often forget that it is much better to live happily and with peace of mind than in prosperity, but in fear of the future.

Read the whole story of The town mouse and the country mouse in Readmio.

The stag and His Reflection

‍This fable tells of a  beautiful stag that comes to the lake to quench his thirst. He admires his antlers in the reflection of the water, but upon noticing his legs, he becomes very dissatisfied with them. He then sees a lion on the verge of attacking him, so the stag begins to run away. His strong legs obviously help him to escape, but in the end his antlers get tangled in the branches of the forest, and the lion catches up with and attacks him.

This fable is a perfect example of how often we admire things that really have no value and how we underestimate what is most precious. Unfortunately, we usually only realise when it's too late.

Read the whole story of The Stag and His Reflection in Readmio.

The grasshopper and the ants

‍‍Has anyone mocked you because you’ve been working a lot? If it happens to you, think of this fable. The grasshopper mocks the ants for stocking up on food in the summer. But when the cold comes and the ground is covered with ice and snow, she comes with her head down to ask them for help.

The case of the frivolous grasshopper is a perfect illustration of people who live from day to day and not only do not think about the future, but even make fun of people who work for their own futures.

Read the whole story of The grasshopper and the ants in Readmio.

The mice and the weasels

‍Surely you have encountered this - when someone has reached a higher position and suddenly changes as if by magic. This is exactly what the fable about mice and weasels says, where the mice choose four generals from among themselves, who wage a ”war” against the weasels. However, these mice began to behave very arrogantly, and in the end end up on the wrong side of the competition.

This fable proves that a true leader should lead by example by his actions, not by his words, which mean nothing. It is also a reminder that we should not exalt ourselves above anyone and treat others the way we want them to treat us.

Read the whole story of The mice and the weasels in Readmio.

Hercules and the potter

‍There is perhaps no man in the world who sometimes does not need a helping hand. But can we always ask for it? This fable about Hercules and the potter is the answer. The potter with his jugs fell into the mud on the way to the market so he began to lament and call on the strong Hercules to help him. When he saw the potter whip a defenceless horse, he came, but he did not help him. He said that he would give the potter a helping hand but only if the man did something for it first.

This timeless fable about Hercules and the potter tells how some people are taught to get everything “for free” and constantly rely only on help from those around them. Before asking others for help, we should make sure first that we have done everything that we can in return.

Read the whole story of Hercules and the potter in Readmio.

The swan and the crow

‍Nowadays, there are many people in the world who pretend to be someone else. This is exactly what the crow from the fable tried to do. She wanted so badly to be a swan that she learnt to swim, ate the same food as the swans, and longed for white feathers just as they had. However, her feathers remained black, eating as the swans did caused her to lose terrifying amounts of weight, and the water weakened her wings. Eventually, she left the swans, devastated..

The crow in the fable realised that while she could indeed change her habits, she couldn’t change her essence. She also remembered that even though she didn’t look like a majestic swan, she was still unique. Like each of us.

Read the whole story of The swan and the crown in Readmio.

‍Let’s be frank: how many things in our lives do we take for granted? This was the case of the soldier in this fable. He takes great care of his horse when it helps him in the battlefield. But when the war ends, he abandons it. When the war resumes, the horse is as skinny as a rake and it refuses to serve the soldier.

That is why Aesop’s fable is a good reminder that if we want something to serve us longer, we need to take good care of it constantly regardless of whether it is an object, an animal, a relationship or a job.

Read the whole story of The Horse and His Rider in Readmio.

The oak and the fern

‍The last fable from our selection is equally timeless. It is about a strong and powerful oak that was proud of its mightiness, but which in the end still gets blown away by a strong wind, as well as being about a gentle and humble reed that grows next to the oak, but which the wind does not harm at all.

Try to remember this story when you resist something so stubbornly that it is counterproductive. In some cases, it is really better to back down and not fight.

Read the whole story of The oak and the fern in Readmio.

If these fables and the lessons from them catch your interest, we recommend that you download the Readmio fairytale application. There you will find even more of Aesop's fables, and they will literally come to life on your smartphone as you read them aloud. 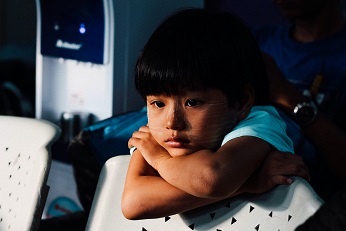 8 mistakes that you may make in parenting

Nobody’s perfect, and everyone makes mistakes: either at work or at home. 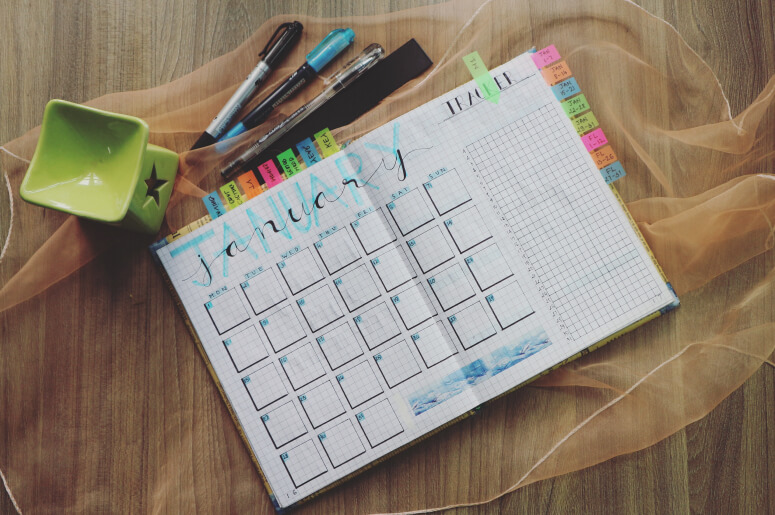 Have you ever thought about what it is like to have calendars with kids? Even with the smallest ones? 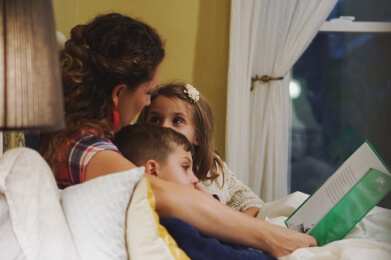 When, what, and how long to read based on the age of a child

Many parents ask themselves when the right time is to start reading to their child, at what age, and what books to choose.