The Story of Japanese Chrysanthemum

This Japanese story explains why the chrysanthemum – a hugely adored flower of the Orient – has so many petals. It is thanks to a mother who saved her sick child with her wit. 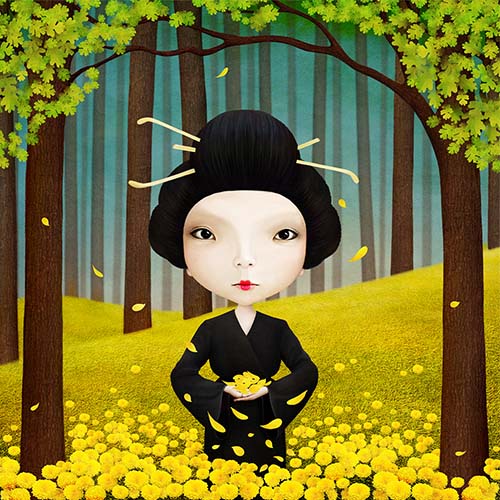 A long time ago, there lived a family in a small farming village in Japan. They were quite poor, but they had everything they needed. They lived in peace and harmony. One day, however, their little son fell incredibly ill.

He cried all of the time; his skin was terribly pale and cold as ice; and he would wake up with a high, hot fever each and every morning. It went on like this for a long, long time.

His parents had tried everything. They talked to lots of local doctors and tried different medicines. They even used some magical potions from a mystical neighbor.

But not one of them could help him. The parents became more desperate. Then one day they remembered the story of an old man who lived deep in the woods. He was supposed to be the wisest person alive, although none of the locals had ever met him.

The upset mother decided to leave her husband at home with their sickly son and set out into the woods to look for the mysterious old man. She had to force her way through dense thickets. She had to jump over large, deep creeks and struggle with wild rose bushes.

After her long and difficult journey, she finally came across an old, wooden shack in the middle of a soft meadow. An old man was standing near the door, watching her.

“What’s brought you here, then?” asked the old man. He had a long grey beard that almost touched his belly.

“I’m sorry to bother you," said the woman, with tears in her eyes, "but my son is terribly ill. We have tried everything, truly everything we could. But nothing worked! I’m so worried our little boy is dying. Can you help us, please?” she sobbed.

When the old man saw her sorrow, he invited her in to tell him what had exactly happened. His shack was simple, but also cosy with hand-spun rugs and wooden furniture. The crackling of a fire in the hearth was very soothing.

After catching her breath, the woman told him: “Sir, my son is really, really ill. He’s been struggling with a fever for days on end. He’s as pale as chalk, he's terribly weak and chilled to the bone. I’m scared he’s going to die if I don’t find a way to help him soon.” She began to cry.

The old man listened to her closely and then quietly said: “I’m afraid your son is indeed dying. Unfortunately, madam, I don’t know how to cure him. I can only tell you how much time he has left.”

“But... but what if you tell me he doesn’t have more than a few days? I couldn’t bear that,” whispered the desperate mother.

“You should never give up and never lose hope,” answered the wise man calmly. “Now go to the woods and look for yellow and gold flowers. I think you call them chrysanthemums where you come from. Pick one of them and count the petals. The number of the petals is the number of days your son has left.”

The mother of the ill boy made for the thick undergrowth right next to the shack immediately. She then headed into the woods to look for chrysanthemums. Before long, she stumbled upon a yellow-golden flower. She knew it was the one she was looking for, so she reached out and plucked one of the blooms.

“Oh no! It only has four petals. My poor baby boy only has four days left!” The woman sat down and wept. Then an idea flashed through her mind. She carefully picked up the flower and gently started splitting the four petals into smaller and smaller parts. She turned each one of them into thousands and thousands of tiny little leaves.

When she finished, she ran back to the old man’s shack with it.

He started counting the petals at once, but there were so many now, he couldn’t even finish. The old man stroked his long grey beard that almost reached his belly. He looked into the woman’s eyes with a gentle smile.

“I have good news. This flower has thousands of petals, and that means your son is going to live for a very, very long time. He’s going to grow up into a strong young man. He'll find himself a wife and have a big family. Now, madam, why don't you go home? Don’t lose hope! Your son is going to get better soon.”

The woman thanked him again and again, then hurried home to her family. She was so happy and hopeful! When she arrived, her sickly son was sitting up in his bed with a smile on his face, merrily babbling on and on.

The fever slowly passed, and in just a few days, the boy was as fit as a fiddle. True to the old man's prediction, the boy grew into a healthy young man. He married, he had a dozen children and he lived for a very, very long time.

Legend has it chrysanthemums have had thousands of tiny little petals ever since, and not one person can ever, ever count them all. 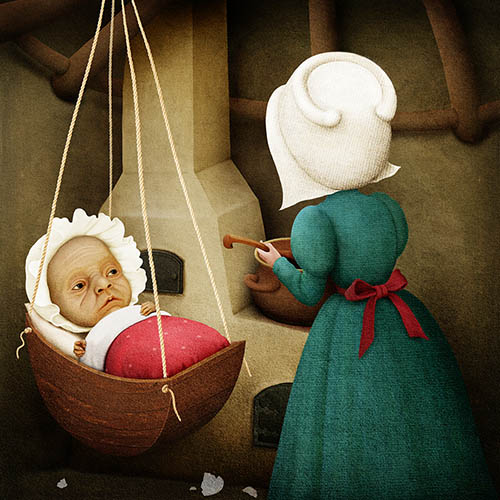 The Brewery of Egg-Shells

When a mother goes to the cradle in the morning, she realizes her baby has been swapped with a fairy. She gets a lot of different advice, but only takes the advice of a famous healer to get her baby boy back. 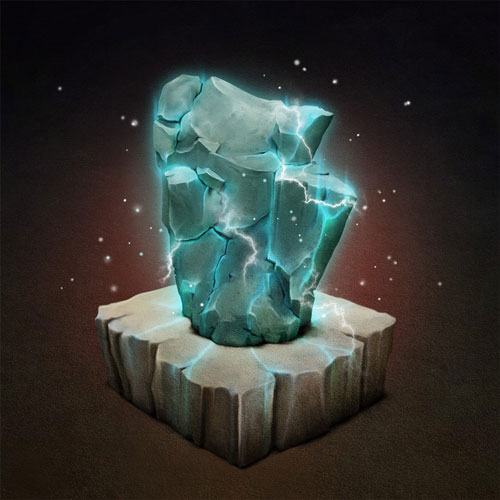 The Sacred Stone of Namuncura

This interesting tale from South America teaches us that we have to take good care of the things we are in charge of.Deep in the Amazon rainforest there once lived a native Indian tribe. The inhabitants of the settlement by the river had been taking care of a miraculous stone for many years. They believed its great power would protect them from danger. One of the seniors decides not to take care of the stone anymore, and strange things begin to happen. 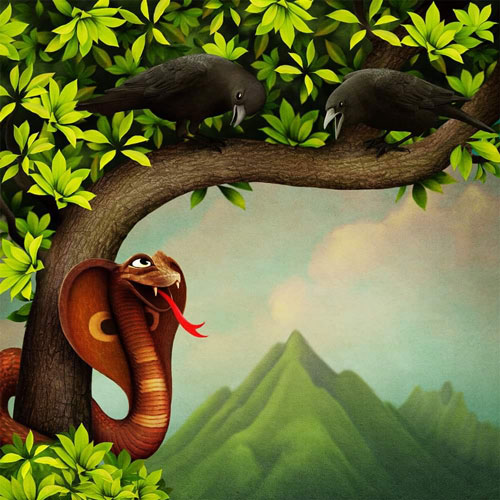 The Crows and the Cobra

Even if it seems impossible, our wits can help us overcome the most difficult obstacles.The story teaches us that even the most powerful enemy can be defeated - one has to just think a bit. When a dangerous cobra moves in near the crow’s nest, they start to fear for their lives. They eventually learn how to get rid of the cobra from the wise old jackal.