A famous story by Hans Christian Andersen about a duckling which thought it was ugly.The duck hatches a nest full of beautiful yellow ducklings, but one of them (which hatched last) is somewhat grey. Every animal mocks him, so the duckling decides to leave so as not to suffer their laughter. 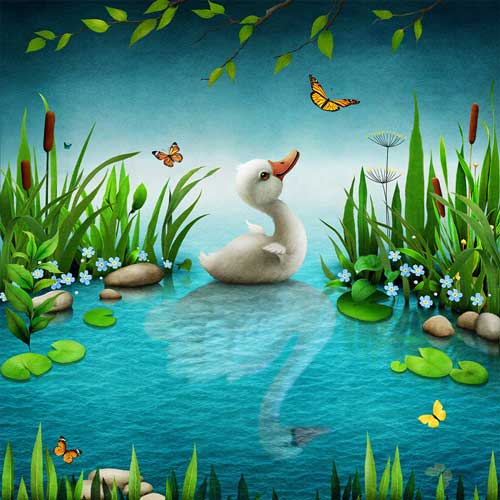 Once upon a time, there was a duck. She lived on an islet in the middle of a lake surrounded by tall poplars. Not only did many duck families live on the lake, but also swans, frogs, and fish.

The duck couldn’t wait to have her own family. She would often dream of what it would be like swimming with a bunch of little ducklings trailing behind her. She sat on her eggs and waited impatiently for them to hatch.

Soon, a tapping sound started coming from inside the eggs. One by one, the eggs started cracking and tiny beaks started to push themselves out into the world. Mama Duck cheered them on with loud, excited quacking. Six eggs hatched and the ducklings waddled back and forth, yellow like six shiny suns. Each one was prettier than the next!

They were very impatient and excited to see what was beyond the reeds, but mama duck would stop them with her beak when the curious little ones got too close to the edge. She waited nervously for the seventh egg to hatch. It was somewhat larger than the other six, and the duckling didn’t seem to want to come out.

After a while, she heard tapping sounds again. First, a little crack appeared, and then the whole egg cracked open as a head forced its way out. This head was bigger than the others, and grey like ashes. The duckling tumbled out of his egg and they saw that he was chubby, clumsy and stodgy, and had no trace of yellow feathers.

As soon as the other ducklings learned to speak, they started to mock their grey brother. They told him he was ugly. Mama Duck just sighed and hoped he would eventually turn yellow and look like the others.

When old Mrs. Goose swam by, she gabbled loudly, “How pretty they are! Except that last one, he’s ugly! You’d better get rid of him, Mrs. Duck.”

The duckling sighed sadly and walked toward the others with his head bent. He was already too used to hearing such words.

Every time they crossed the yard, all the animals laughed at the duckling, poking him and teasing him. One day, the duckling couldn’t stand it any longer, so he headed to the bushes and hid there, knowing that he’d rather be alone. The duckling was very upset about being so ugly. Every time he looked at his reflection in the lake, he saw a grey, chubby, ugly duck. He walked sadly along the lake, when suddenly he came across a family of wild ducks.

The duckling wanted to join them as they were as gray as he was. They greeted him warmly, without a thought to the fact that he was ugly. The duckling became friends with them, and they started to swim around and take little trips on the lake together.

Then, one day, the wild ducks took off for a long flight to the south. The sky wasn’t as sunny anymore and the leaves were slowly disappearing and floating about through the air. Every day the wind grew stronger. The duckling didn’t dare fly so far, and so he stayed by the lake with the other animals. He missed his friends, and he started to feel ugly and misunderstood again.

The days grew colder and rainier. One day the rain began slashing down on the feeble shelter he had built for himself. Going back to the yard wasn’t an option though. He couldn’t stand to hear any more mocking. Soon, a cruel winter came. Snow swirled through the air. The wind was cold and the ugly duckling shivered all over. He snuggled up in the bushes, and almost felt like he would freeze when, suddenly, a farmer walked by. He saw the poor stiff little duckling on the ground, so he picked him up, wrapped him in a blanket and took him home. The farmer gave him food and water, and sat him by the oven, and the children started playing with him. It was warm by the oven and the duckling felt alive again! Then, one of the children proposed that they play a hunting game. The duckling got so scared that he ran away, escaping through an open window in the bedroom!

It was freezing cold outside and the duckling couldn’t walk in the deep snow. He hid in a cave nearby filled with whistling bats.

After a while, the sun started shining a little more every day, and nature began to wake up again. The ugly duckling didn’t want to spend all his time in the cave anymore, and he started to search outside for food.

One day, he was swimming on a lake and met a family of swans. They were beautiful, with long white necks, and they swam gracefully in a group. “They’re going to laugh at me for being ugly,” the duckling thought, and started to swim away.

“Hey, why don’t you swim with us?” one of the swans called out to the duckling. “We’d be glad to accept you.”

The duckling couldn’t believe his ears. “Why do you want to be friends with me?” he asked, suspiciously. “Are you going to laugh at me for being ugly? I’d rather be alone.”

“You’re not ugly! Look at your reflection,” the swan said.

The duckling hesitated and then looked at the water. He couldn’t believe his own eyes. He wasn’t an ugly grey duckling anymore - he was a beautiful white swan! Excited, he joined the other swans and swam with them toward the shore, where a group of children were playing. One of them looked at the swans and shouted, “Look, look! There’s a new swan on the lake! And it might be the prettiest of them all!”

The young swan swam proudly on the lake, feeling like the happiest bird in the world. And from that moment on, whenever he saw a young animal who didn’t fit in, he made sure to be kind and tell them that they, too, were special. 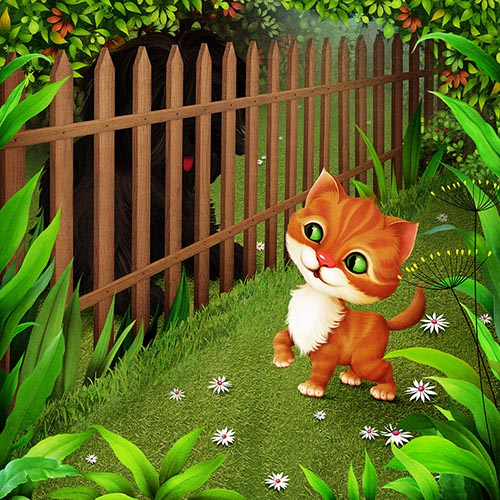 The cat in this story is a very curious creature. And that's why, despite his mother’s warnings, he often goes out to explore the world around him. But this time, a completely unexplored, mysterious new place awaits him. How will his journey end? Each of us has a natural desire to discover new things, but only a few have the courage to look. 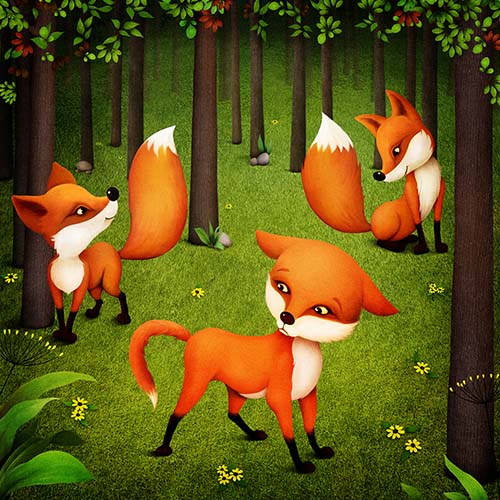 When the Fox Wanted a Prettier Tail

Sophie the fox is bothered that her bushy tail does not match the beauty standards of others - especially when other foxes make fun of her. But an unexpected accident reminds her that she has completely forgotten to appreciate what she has. 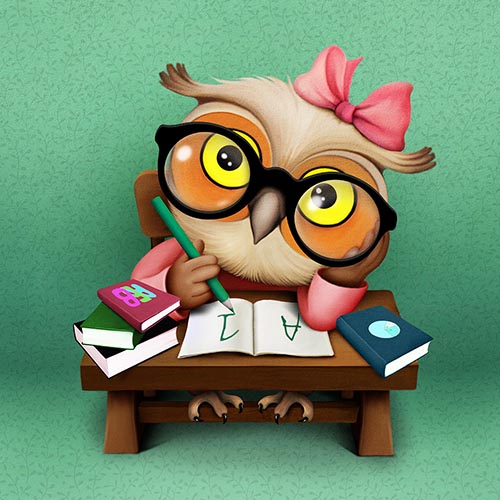 The Owl They Called Stupid

It seems Pauline the owl is not as wise as the other owls, and this bothers her a lot. However, a doctor fixes this problem, and Pauline finds out she’s not stupid after all.