A story based on Pavol Dobšinský’s tale.When two siblings manage to escape from an evil stepmother, she casts a curse on them, and the boy turns into a stag. However, as it usually goes in every good fairy tale, good eventually wins over evil. 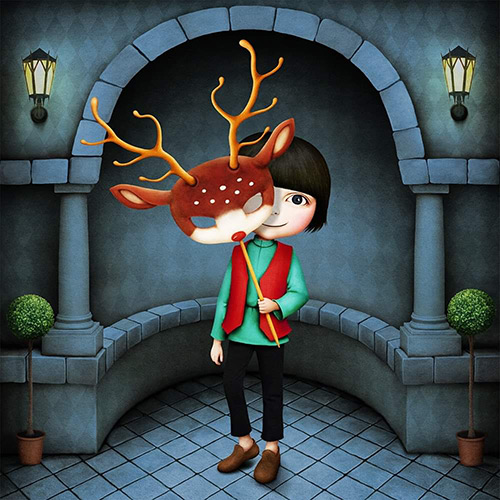 Far far away, over many tall mountains and beyond many vast fields, there once lived a forester with his wife and two beautiful children, his daughter Annie and her younger brother Dandy. They all lived happily together until one day a terrible tragedy befell them. The mother fell very sick and no healer was able to help her. After she passed away, a cloud of sadness crept over their house and the poor forester had to take care of his children alone.

After some time, he decided they shouldn’t grow up without a mother. He found a new wife and after they got married, she and her own daughter moved in with the family. But the new stepmother was nothing like their mum. Although she pretended to be nice and kind at first, as soon as she moved in, she turned into a cruel shrew, a proper evil witch.

The apple hadn’t fallen far from the tree and her daughter was just as mean and brimming with hatred. Before long, the forester wasn’t good enough for his new wife anymore and one day, she decided to get rid of him. She brewed a strong potion of hemlock and poisoned her new husband.

Annie and Dandy suddenly became poor orphans. The stepmother and her lazy daughter bullied and tormented them from dawn till dusk. They beat them, forced them to do all the chores and only fed them leftovers like liver and old onions no one wanted to eat anymore. Every night, the stepmother locked them up in a dirty cowshed where they had to sleep.

The poor children lived this nightmare every day for what felt like a lifetime until one night when they decided to escape. After all, things couldn’t get any worse for them anyway, and…