Those who are smart will overcome any difficulties.Pavol Dobšinský’s story tells us about a boy who is small as a pea but also incredibly strong. 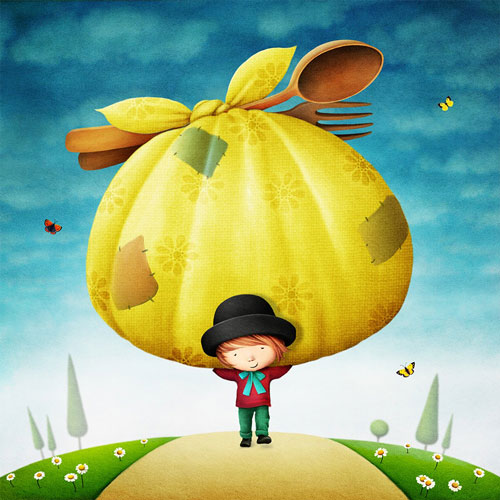 Once there was a poor little wooden shack with a crumbling roof and a broken chimney, where a farmer lived with his beloved wife. In their tiny yard, they raised just a gaggle of geese that kept gabbling and two little squealing pigs. Of course they also had a big sheep dog, but he preferred to wander around the kitchen looking for scraps rather than to guard the yard.

Every morning the farmer went to the field to plough with his huge oxen and his wife took care of all of their hungry little critters. They had no children and they yearned for a child who they could raise with love.

One day, when the farmer left to work in the field, and the wife was about to feed the animals and make lunch, something incredible happened.

The farmer’s hardworking wife was making pea soup and throwing dumplings into boiling water while dreaming about a little son. She thought: He doesn’t need to be a giant, even if he were teeny tiny, my heart would be filled with joy!

Oh, how much happier we would be if only we were three! The soup filled the kitchen with a tempting, delicious smell and the dumplings were already bubbling in the boiling water when suddenly someone spoke to her: “Wooow, what a lovely smell, I would love something tasty in my belly.”

The farmer’s wife was so startled she dropped her wooden spoon. She looked all around but she couldn’t see anyone. She even peeked under the table and checked the icebox.

“Who’s there? Who scared me half to death? Show yourself and stop hiding!” she yelled. Her eyes kept searching all around the room for the person who had just spoken. 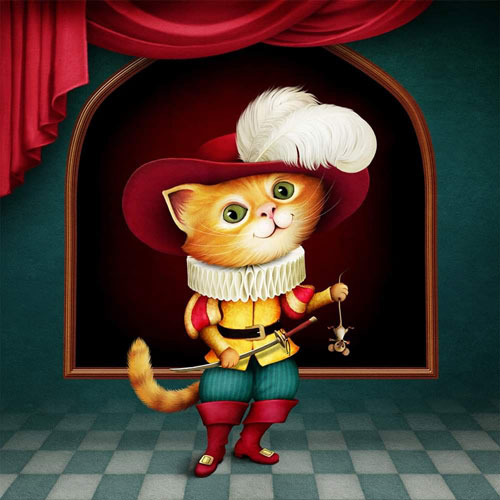 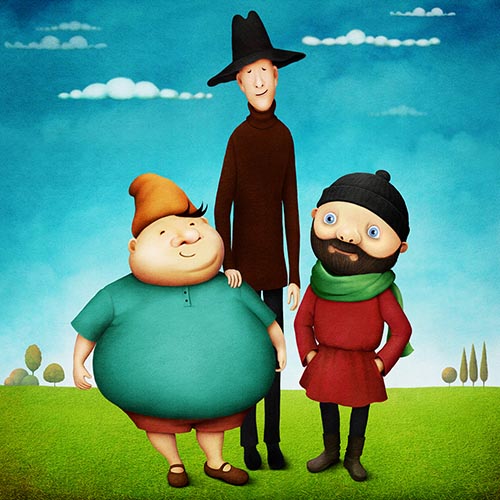 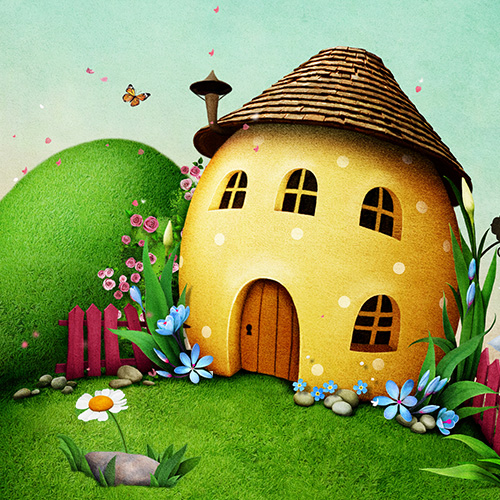