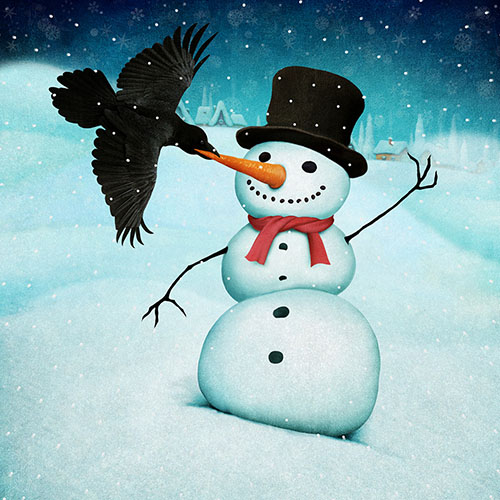 A black raven was sitting on a leafless tree. It was chilly and frosty outside, and the raven was impatiently stepping from one leg to the other. It was the third day of waiting and still nothing. It should have started long ago.

There was not a soul outside. The raven was looking forward to hearing children’s laughter and playing, cheering up the streets. Bored to death, he watched as the wind lightly blew the remains of fallen leaves on the sidewalk.

That is when the first snowflake fell onto his beak. Maybe, it’s now? he thought. Another immediately landed on the branch next to the raven. And then another did. The raven jumped in excitement.

“Hurry! I can’t be even a minute late!” it said, bouncing happily.

It was finally the moment! It gracefully swooped down into a nearby bush and rummaged through it feverishly for a few minutes while a soft blanket of snow was covering the ground.

When the raven finally took off again into the sky, it held an old, battered top hat in its claws. It took it to the outskirts of the city, to the fields. In the meantime, it had snowed a lot and you couldn’t even see your own footprints.

The raven struggled to stay on track. Finally, it saw the outline of a plump figure in the distance. It seemed that it was made of... three balls? Its twisted arms stuck rigidly at the sides.

The raven slowly approached the ground, heading straight to the white creature below. There it dumped the contents of the top hat on the snowy ground and got to work. It started from the bottom.

The raven made a row of buttons out of seven small pieces of coal. Out of the other five, it formed… 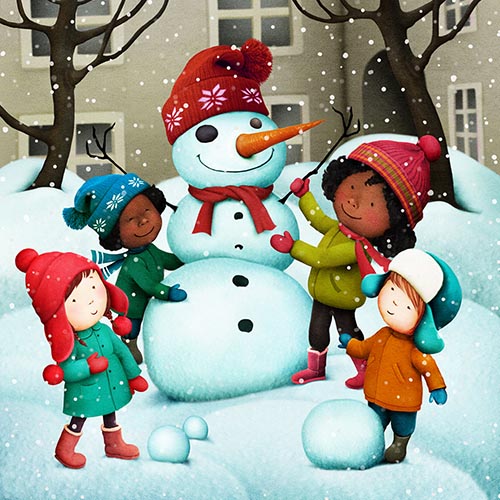 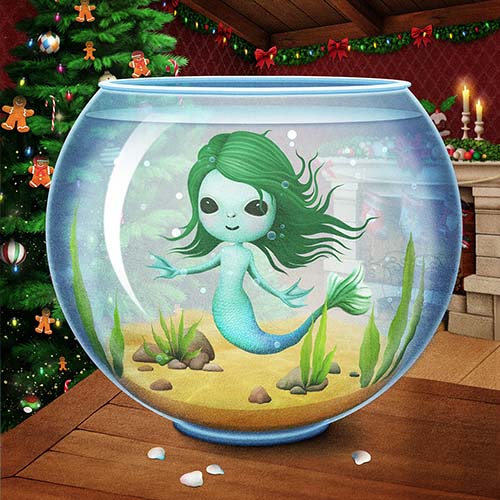 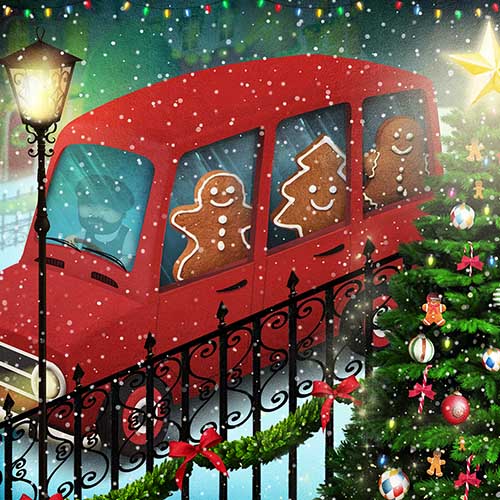