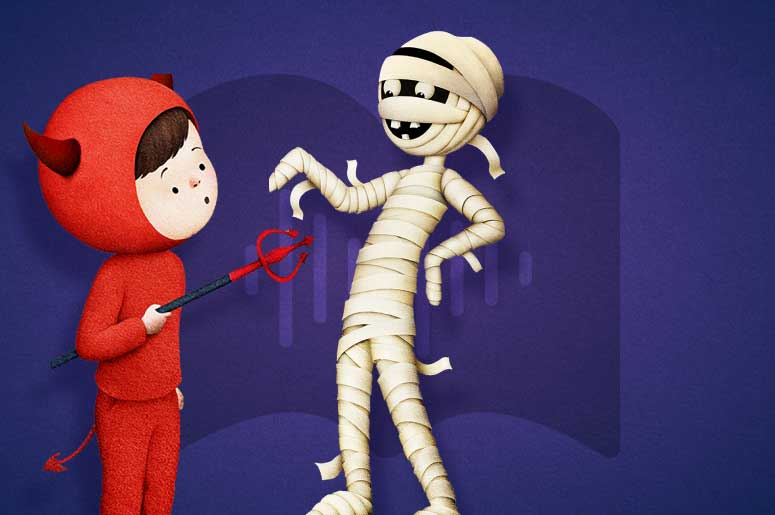 It provides an opportunity to get controllably scared, to make fun cakes or biscuits in the shape of bats, black cats or skeletons, and to decorate the house in orange and black. Maybe the school is having a fancy-dress day or organising a pumpkin carving workshop. When you talk about Halloween with your children, you might find certain fun facts useful, as well as tips about what to tell them and what kinds of questions to ask. For example, did you know that around the world there are several different ways to celebrate Halloween?

1. Why are there so many pumpkins roundabout Halloween?

2. What do the orange and black colours of Halloween symbolise?

3. Why do we put fresh flowers and candles on graves for All Souls’ Day?

4. Have you ever tasted “saintly bones”?

5. Why is a black cat one of the symbols of Halloween?

6. In which country could you attend a picnic where both living and dead people celebrate together?

Let’s first take a closer look at Halloween… This was originally a Celtic festival celebrated on the 31st of October, and it is most popular in English-speaking countries. Its name is derived from “All Hallows’ Eve”, which means: the evening before All Saints’ Day. The Celts saw the last day of October as a time when the border between the world-of-the-living and the world-of-the-dead becomes invisible. The pumpkin lanterns we know so well are meant to ward-off the ghouls, ghosts and witches. And candles recall Celtic altars and fires, whose purpose was to create a connection with the dead and to honour them.

It wasn’t until the early 20th century that Halloween began to be commercialised. It started in the United States. New traditions were established, including dressing-up in costumes and trick-or-treating, where children wear scary outfits and go from house to house saying “trick or treat” so that they will be given sweet treats. And why do we associate Halloween with the colours orange and black? Well, orange is the colour of autumn, while black represents death.

In the Christian tradition, people celebrate All Souls’ Day on the 2nd of November. This is a time to remember and honour loved ones who have died. In Europe, many people associate All Souls’ Day with family visits to the cemetery or graveyard to lay flowers on the tombstones and light candles in the cold, damp, autumnal drizzle. All Souls’ Day follows the feast of All Saints’ Day, which is celebrated the day before, and has its roots in the Celtic festival of Samhain.

According to Central European folklore, on the eve of All Souls’ Day, the souls of the dead can take a short break from their state of purgatory (an intermediate stage after death, in which they are believed to undergo purification from their sins). Relatives of the sinners would traditionally fill oil lamps with butter so that the souls could treat the burns they’d suffered in purgatory — because in the past, people believed that putting butter on a burn would help it heal more quickly. People would also bake sweets in the shape of bones –  “saintly bones” – and give them to the poor.

On or around All Souls’ Day in Central Europe, you aren’t quite as likely to find any black cats (who are said to protect their witch mistresses), owls, witches on broomsticks, or pumpkin lanterns. But you will see plenty of people placing fresh flowers (which symbolise eternal life) on their relatives’ graves and lighting candles as a reminder of Christ’s resurrection. Special church services are held near graveyards or outdoors at cemeteries, and the priest typically walks around sprinkling holy water on all the graves.

The Day of the Dead

You might have heard of the Day of the Dead under its original Spanish name, “Día de los Muertos”. This is a Mexican festival that combines pre-Christian religious traditions with Spanish traditions that include a mix of folk and Christian elements. Ever since 2003, this special day has been on UNESCO’s List of Masterpieces of the Oral and Intangible Heritage of Humanity.

The idea behind the festival bears similarities to both Halloween and All Souls’ Day. Mexicans believe that the dead return to Earth once a year. But the reason is a bit simpler – they come back in order to speak with their relatives and friends, and to relieve their sadness. On the 1st of November, children’s souls return to the world of the living; the following day, the souls of the adults come back. The living friends and relatives prepare a magnificent welcome feast for them. They set up altars overflowing with ‘sugar skulls’, bone-shaped sweets, the dead person’s favourite food and drink, fruit, candles, decorations, and orange-coloured flowers – especially marigolds, which are supposed to ward off evil spirits. A photo of the beloved dead person is displayed on top of the altar. Then all the friends and relatives come together in their memory, to eat, drink, and sing songs – essentially, the living and the dead enjoy a celebrational picnic together, which lasts several days.

You can find out much more about all three festivals on the internet and in books. You will surely have lots of questions about the associated traditions. We’ve listed a few of them here for you to use as a springboard, but there is so much more to discover. Children love finding out about new things, so all we have to do is support their wonderful, natural curiosity. Carve a pumpkin lantern together! Configure a costume and bake some scary treats! Or casually stroll along to your nearest graveyard and conjure up some fond memories of all the people who are no longer with you. You might also choose to watch a spooky film, read a scary story together or just light a candle and cook some delicious pumpkin soup. There are so many nice ways to celebrate! 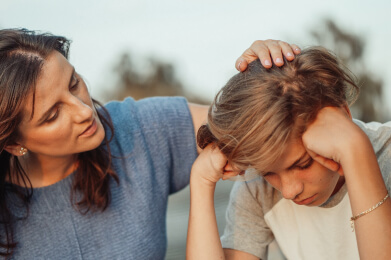 Children and loss - when children grieve

What’s the best way of speaking to children about divorce? Or preparing them for moving house? Or explaining what death is? These are issues we’re often reluctant to consider ourselves, let alone discuss with children. They are associated with difficult situations that we adults don’t find easy to deal with ourselves. 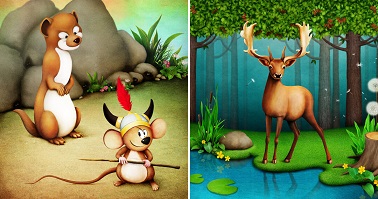 You have surely heard about Aesop's fables and probably read some of them: either when you were a child, or later as an adult. 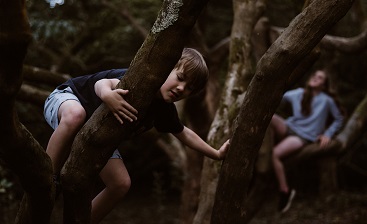 How important is nature? Children growing up near forests have smoother cognitive development and better mental health

It’s no coincidence that they say nature is a balm for your soul.