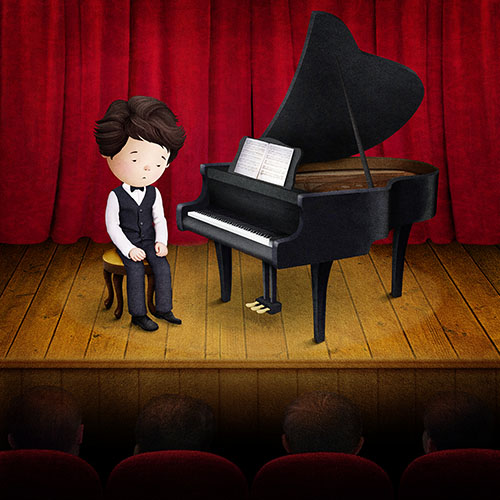 The schoolbag landed in the corner of the room with a thud. Johnny didn't even look at it. Homework could wait. He was sitting at the piano, and his fingers were running over the keys.

Johnny is not an ordinary third grader. He doesn't like kicking a ball around very much, but when it comes to music, he has to hold himself back. Otherwise, he'd sit at the piano all day long!

Tonight he gets to play at his first real recital! With real spectators! The teacher had chosen a prelude from Johann Sebastian Bach for him. She claimed that mostly older students played it, but she saw how talented Johnny was, so she decided to challenge him. Johnny took it as a huge compliment and didn't want to disappoint his teacher.

He pulled out a thick sheet music collection that had the composer's grim face frowning. He flipped through the pages and started to rehearse. He played the song first slowly, then in tempo and according to the notes.

Then finally he played from memory. When the time came, he dressed in a new suit, combed his hair, grabbed the sheets, and set off with excitement.

As he approached the concert hall, he noticed that he didn’t feel so excited anymore. His legs were heavy and he had a kaleidoscope of butterflies in his stomach. The joy disappeared and he suddenly felt... What was that, actually? Nervousness? Fear?

The teacher was waiting in the concert hall. As soon as she saw him, she said: “Johnny, you’ll play third. Put your things in the locker room and get ready. It's starting soon!” She kept talking so excitedly that she didn't notice the boy's troubled expression. She just smiled at him and then ran to greet another student. 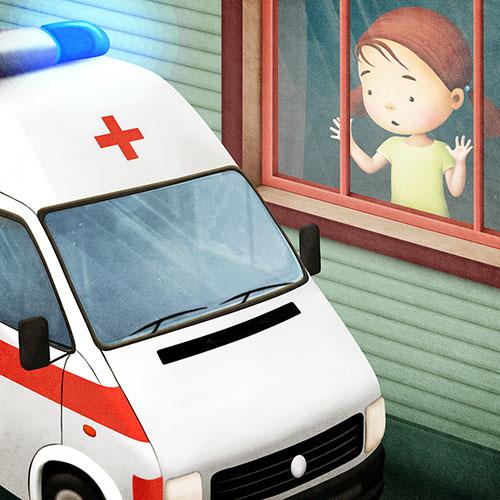 Little Sophie and the Great Fear

Little Sophie is looking forward to a little brother coming to their family. She knows from her mother she can expect him soon. But when the girl notices an ambulance outside of the windows, a great fear overwhelms her. What is actually happening? And who will calm Sophie down? A story for children on how to deal with unfamiliar and worrying situations. 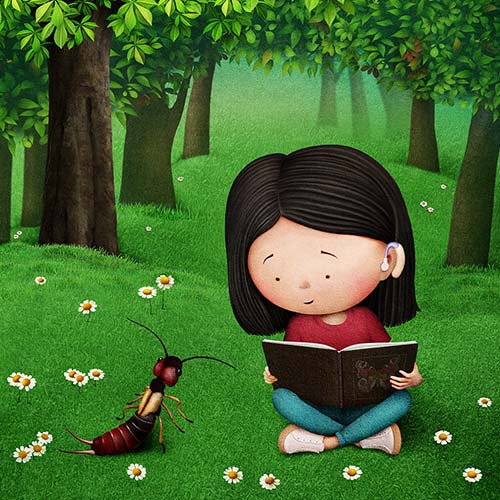 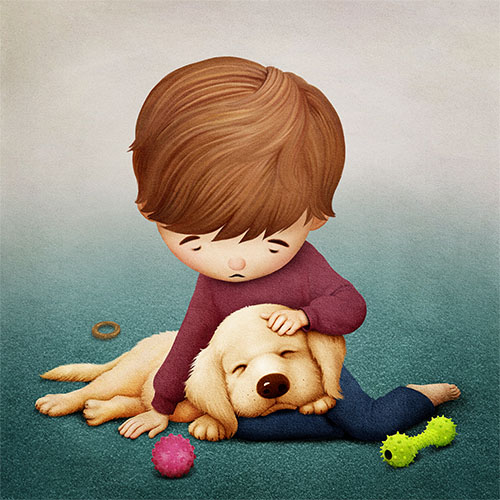