Not Just Another Pretty Hollywood Face

Hedy Lamarr was a beautiful film actress in the 1930s and 1940s. But she had much more to offer than just her good looks – she was a gifted inventor. In fact, her invention she created to help the Allies during WWII is something we all use today! 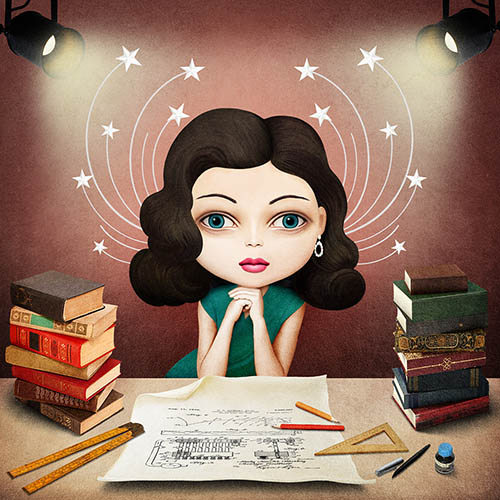 Hedy was sitting in her studio trailer. It was filled with dozens of rose bouquets from her fans. Instead of enjoying her break, she was mulling over ideas in her head, as usual.

"Hedy, you’re such a wonderful actress," people always said, praising her beauty. "Look at that face of yours! And what a perfect, luxurious life you have!"

But starring in Hollywood movies, although it was very exciting, was never enough for Hedy and her curious mind. "It is, but sometimes I just need a good challenge," she always replied.

A few days later, a knock came at the door. This time it wasn't an assistant, saying they needed her on set. Nor was it a rose bouquet from strangers for 'the world's most beautiful woman.' No, this time it was a gift that gave her a thrill of joy. A portable invention table sent by a friend. She carefully unpacked it.

She had her full-sized drafting table at home with drawings of several inventions she was working on. Now she could work in her trailer on her ideas during the long waits between filming. She was ecstatic! She immediately sat down and began to sketch.

Hedy had always been fascinated by science and technology, but her acting career had taken over. People always assumed that a glamorous life in the limelight, full of banquets and silky evening gowns must be a perfect fit for a beautiful woman like Hedy. But it didn't stop her from inventing and creating. She just had to work harder at finding the time. It didn't help that no one took pretty women seriously. "Just give us a smile, darling," they'd tell her, "and don't trouble that pretty head of yours with science."

Some time later, she met another… 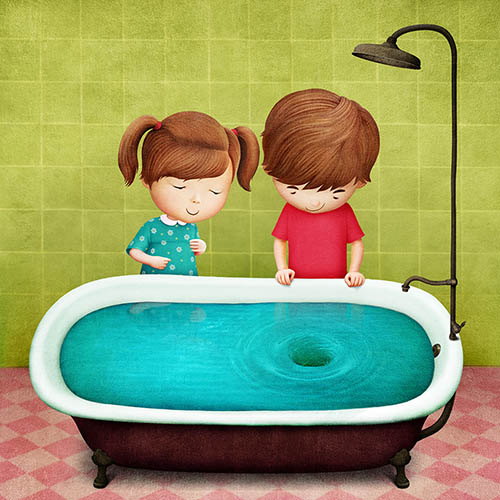 Stevie has a love for space and planets. When he finds out there was a famous scientist with the same name and the same passion, he wants to become just like him. And so he starts to learn about black holes. They're so mysterious and curious! But... are they really black? 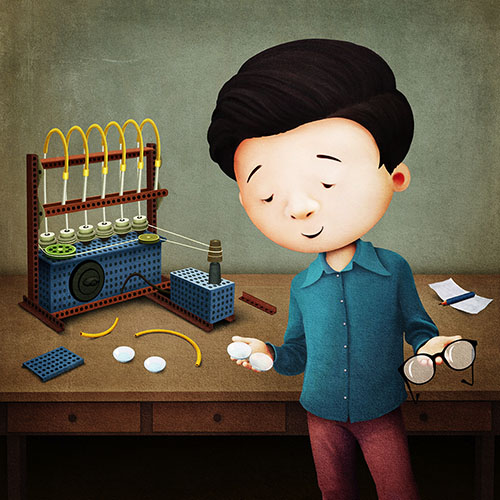 How Otto Was Fed up with Glasses

From his early childhood, Otto was hardworking and patient. This quality comes in handy in his life, because it is important to be persistent and not to give up when working as a chemist. And it pays off: Otto, along with his friend, invents contact lenses, which millions of people around the world still use today. 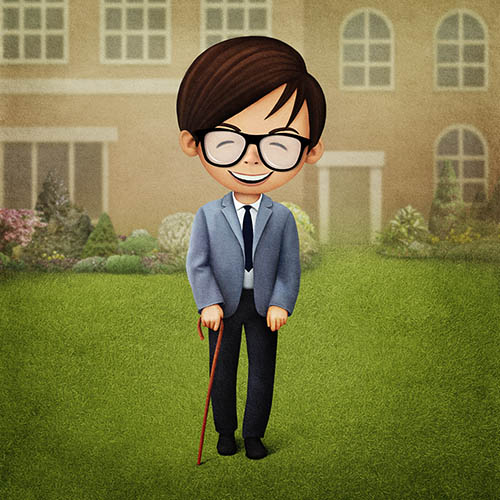 Stephen and the Calculating Machine

Ever since he was little, Stephen had been fond of maths and physics. Thanks to a connection with a good, inspiring teacher, his hobby would become a life-long passion. Despite extreme difficulties, Stephen Hawking became a legend in the field of science. Read with your kids a fairy tale based on his life story.