A story about how people, even in ancient times, want above all to ensure that good always wins over evil.The brave son of a poor widow sets out to save the king's daughter after she has been kidnapped by a devil. He finds his way to hell thanks to an old woman who gives him clues. There, together with the princess, they defeat the devil, get free and help two other kidnapped girls. 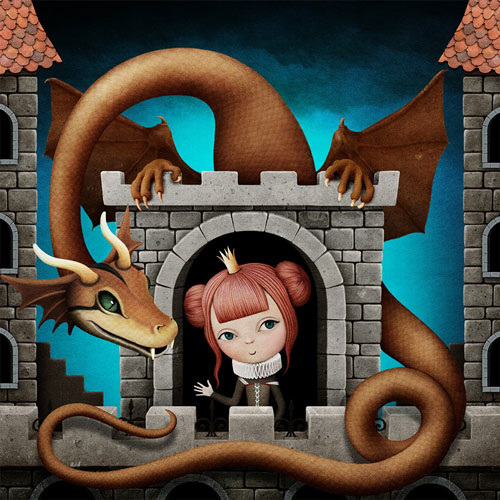 Once upon a time, there lived a powerful king who had an exceptionally beautiful daughter. As the princess walked about the meadows one day, a terrible dragon came and kidnapped the terrified girl. The dragon was none other than the devil himself and he dragged the princess into Hell with him.

The king was devastated when he heard the news. He declared he would reward anyone who would save his daughter from Hell with the whole kingdom and the princess’s hand in marriage. Many came to try and find the way to Hell, but none succeeded, no matter how hard they tried.

One day, a brave son of a poor widow arrived. He stepped in front of the king to ask if he could try to rescue the princess as well. The king repeated his promise and the young lad set off on his way.

He kept asking everyone he met whether he was on the right path to Hell, but no one knew the answer – until finally, he chanced upon a dirty old woman, who looked so weak and feeble he didn’t even think to ask her anything.

Instead, she came to him herself: “Where are you going, young man?”

“Oh, I am trying to find the way to Hell, but I don’t know where it is,” he replied.

“I see, my friend,” said the woman, reaching under her arm. “Well, if you are heading to Hell, you’re going to need this branch. On your way, you will meet a black rooster. You have to catch him and pull out one of his feathers. Then you will come across a black billy goat who will try to ram you with his horns. You will have to take a bristle from his chin. ”

The woman gave him… 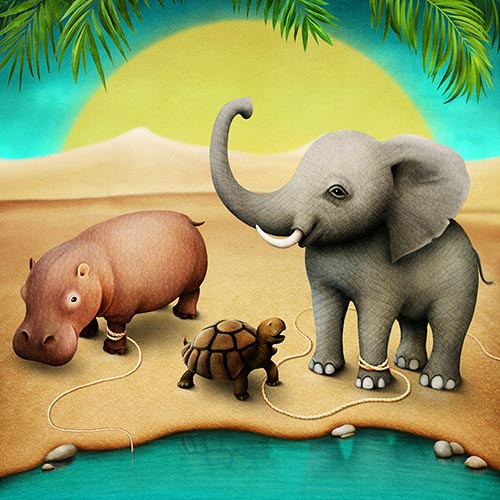 The Turtle, the Hippo and the Elephant

This story is about a smart little turtle that tricks an elephant and a hippo in order to gain their friendship. This African fairy tale also explains how turtles and tortoises came to exist. 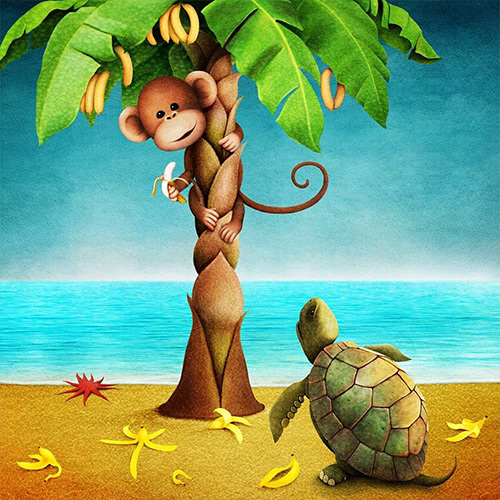 The Monkey and the Turtle

Don’t expect to see the fruit of your work without putting in the effort required.A turtle and a monkey pull a banana tree out of the river. They immediately divide it into two parts. The monkey insists on getting the top, which has nice green leaves. The lower part (without leaves) is all that remains for the turtle. The turtle takes care of its part all the more, and soon it is covered in bananas and ready for harvesting - while the monkey watches as the top of the tree slowly dries up. 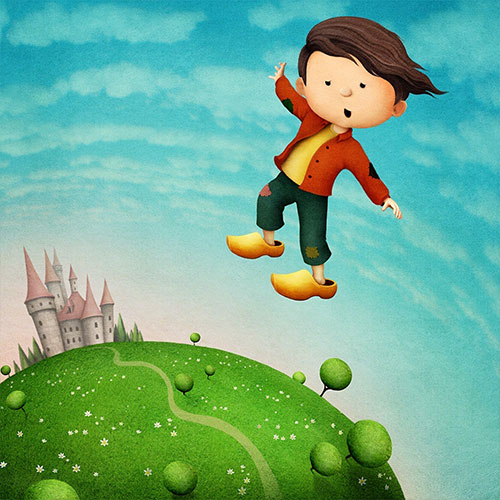 This story tells us that having a kind heart and keeping your promises always pays off. When the poor boy keeps his promise to the old man, he is given a pair of magic shoes, a bag full of money, and a golden castle. Despite the fact that his rich landlord tries to steal the wealth from him, everything turns out well eventually.